When John Baker died in 1871, he was noted as the last surviving person to have been enslaved in both Lower Canada (Quebec) and Upper Canada (Ontario). He was born in the 1780s in Lower Canada to an enslaved woman of African descent and a man of European descent. John was described as mulatto, someone who was Black and white biracial. Because his mother Dorinda was enslaved, John inherited the same status of his mother. Their enslaver, Major John Gray, had served the British during the American Revolutionary War in the King’s Royal Regiment of New York and then settled in New Johnstown, Upper Canada (present-day Cornwall). As United Empire Loyalists, the Grays were entitled to a large land grant and they were brought the family they enslaved, which included John, his brother Simon, and their mother Dorinda, with them.

When Major Gray died, John and his family were left to Robert Gray, the major's only son and the first solicitor general for Upper Canada. As young boys, John and Simon served as personal servants to the Gray men. In 1804, Simon accompanied Robert Gray on a trip across Lake Ontario to prosecute a case. Sadly, the ship they were aboard went down in a storm and both men drowned.

Robert Gray's will, written one year prior, manumitted John, Simon, his mother, and his six younger siblings upon his death. Robert also left John and Simon some money and 100 acres of land in what is now Whitby, Ontario. Unfortunately, Simon did not get to enjoy his freedom.

As a free man, John enlisted with the New Brunswick Fencibles (the 104 Regiment of Foot) who were in the Town of York (Toronto) looking for recruits. He served as a private. During the War of 1812, John's regiment was called upon to defend Upper Canada. The regiment took part in the raid on Sackets Harbor in New York. They also fought in the Battle of Chippawa, the Battle of Lundy's Lane, and the siege of Fort Erie. John was wounded in battle but recovered, and when the war was over, went on to serve in another British regiment, going overseas to fight Napoleon in the Battle of Waterloo.

Upon returning home to Cornwall after being discharged, he reunited with his family - his mother Dorinda, his step-father Jacob Baker, his sisters Lovina, Margaret, Jane, Bridget, Elizabeth, and his younger brother Jacob.

John married a woman named Hannah, and worked as a general labourer. He enjoyed wood carving as a hobby. John did not receive his war pension until 1861 - forty-five years after the end of his military service. By this time he was in his late eighties. His pension gave him one shilling sterling per day until the day he died, some nine years later. He was interviewed in 1868 by a lawyer in Toronto who was curious about his life story. His account has provided us with many details of his long life: from enslavement to freedom, from servant to soldier, and from veteran to community elder. John died in 1871 and is buried at Trinity Anglican Church. John Baker's intriguing life story and has been recently memorialized with a community plaque in Cornwall that I wrote the text for. The text for the memorial reads:

“John Baker was born into slavery in Lower Canada (Quebec), in the 1780s to Dorinda, a Black woman enslaved by Major James Gray. When the Gray family relocated to Cornwall, John, Dorinda, and his brother Simon were brought with them. The Major’s son, Robert, inherited John and his family when Major Gray died. In 1804, John and his family were manumitted after Robert’s death. In freedom, John enlisted as a private in the New Brunswick Fencibles (the 104th Regiment of Foot) and served during the War of 1812. He took part in several actions. John went overseas and fought in the Battle of Waterloo after the war. After discharging, John reunited with his family, married a woman named Hannah, and worked as a general labourer. John Baker died in 1871. He is buried at Trinity Anglican Church.” 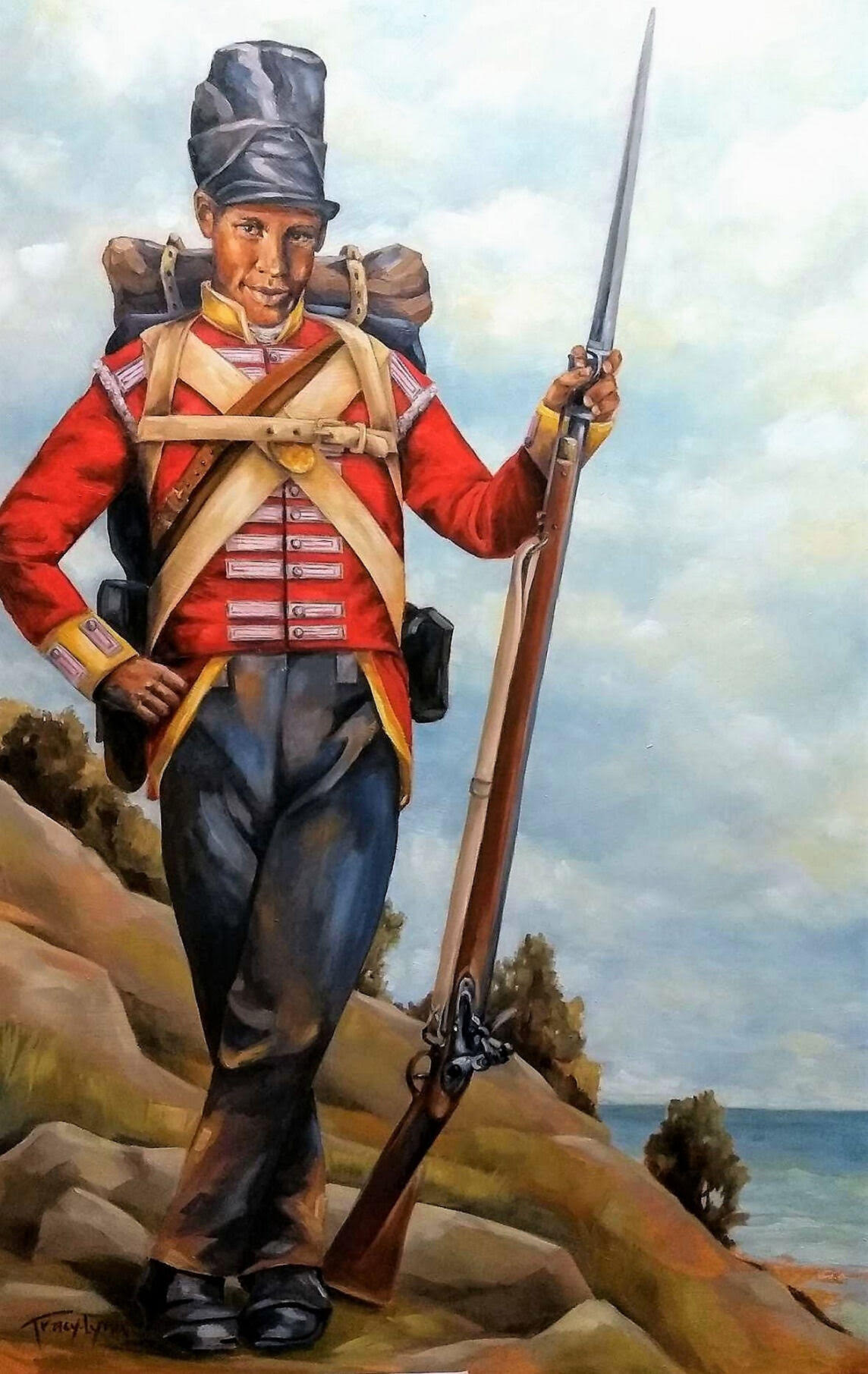